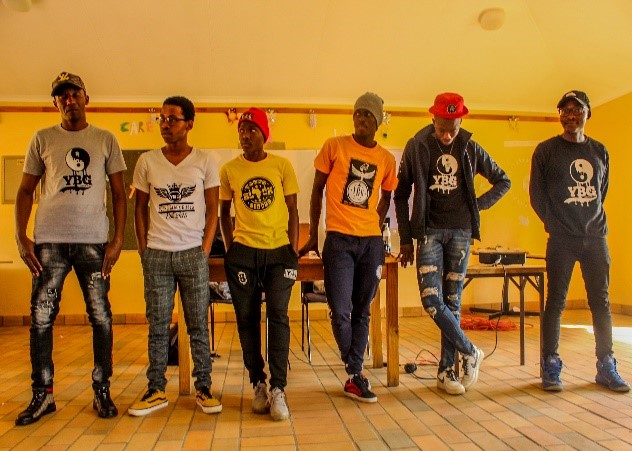 Rethabile Raleboea is a Founder of YBG

Mohau Halafu is a Producer of YBG song

Mr. Mojajathi is a crew mentor

Ever since YGB began to operate, it has brought a great impact to the youth of Lesotho at large. YGB sponsored miss NUL 2020 with a very beautiful modeling outfit. This was a huge achievement because YBG products appealed to more people. YBG also display its products to the community gatherings.

The aim of this brand is to expand and sell its products abroad because it is legally registered with ministry of trade and LRA. Since the establishment of YBG, it has sold more than fifty thousand items such as T-shirts, Seaters, Track pants, Key holders and gifts items.

Behind all the success of this brand, there is a special mentor who was also a teacher of all the partners some years ago while they were in Hermann Gmeiner Primary School. Mr. Mojajathi stated that he saw the potential of all this man during their growth. He added that he plead with SOS National office to give support to its youth. He stated that if National director can order clothes from this gentleman, they will grow and feel motivated. He also made a promise that all youths who have ideas, he will ensure that their ideas are implemented and find a proper support.