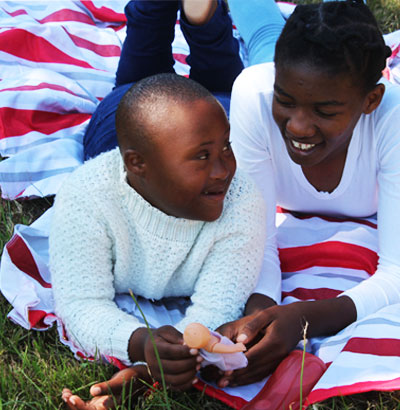 SOS Children Villages Lesotho is a loving home for every child. It is a Non-Government Organization that strongly believe that no child should grow up alone.

Thabo Lebeko and Mokone Sekoai are young boys who live at SOS Children’s Villages house number2 and house number5 in Maseru and they are both in Grade 9. these young brave super stars have begun a small project of production of domestic ducks and chickens. They firstly developed the idea while they were in primary school in 2017. They were reading one of Agricultural text book and that is where they got their basic knowledge on how to raise  domestic ducks and chicken. Thabo and Mokone started with two female ducks and one hen which was donated by Mr Ntsiki a Village Director at SOS in Maseru. From 207 to 2020 they have managed to produce 14 ducks and 12 chickens. During the past three years they encountered several challenges such as animal medicine, food and animal shelter. They have lost about 24 ducks and 18 chickens due to high rain fall. however, they did not give up on their project as they working very hard to maintain their shelters as it is the main challenge that affects their production. They are now looking forward to produce in large quantity and supply in the market.

”I was mentored by Mr. Ntsiki who told me that there is a high demand of domestic ducks and chickens in the market. He told me that people are encouraged by doctors to eat meat from domestic animals because they are source of organic food”. Thabo stated

These brave young gentlemen are passionate and courageous to see themselves as recognized farmers in the near future. SOS is also working hard to give them full support to their project.