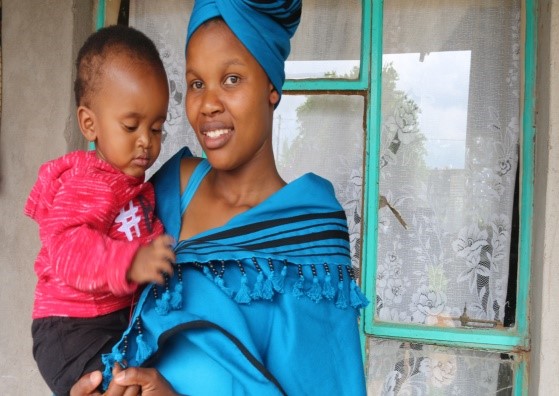 Lesotho is one of the smallest countries in Southern Africa. It is divided into ten districts. It has a population 2, 2 million citizens, however; this country is faced with a high rate of unemployment. There are also a lot of orphans resulted from different factors such as HIV and AIDS death, abundant children by their parents due to migration to neighboring countries in search of jobs, and divorce rate. In one of Lesotho’s districts namely Quthing, SOS Children Village Lesotho offered a program named Family Strengthening Program (FMP) from 2017 to 2019. The program offered training in different dimensions such as entrepreneurship skills and Tailoring training with the help of the selected professionals’.

After so money struggles, I used Singer to proceed with sewing and I managed to design cultural dresses, T-shirts, school uniform, and clutch bags.” Said Palesa*, one of the students helped by the SOS family strengthening program.

“My dream is to expand my business to the town where I will attract more customers and expand it to all districts and Lesotho. I also want to feather my studies in fashion design.

“I am Palesa* from Quthing ha

I was enrolled in the SOS family strengthening program Lesotho in 2018 and I graduated on the 31st of March 2019. However, during that time of schooling, I encountered a serious problem concerning my studies. Sometimes I had no sewing materials and I had to boycott classes. However, SOS bought them and I manage to make it to the end and after I graduated, SOS bought me two awing machines, overclock and Singer plain machines. However, I did install my overclock machine as it needed some money to install it. By the time I had some money to do the installation, I found that it has a factory motor fault. I then returned it to a dealer but they delayed to fix or replace it

I have 10 months old son and I am going to open a saving account for him. I am going to work very hard to ensure that he gets better education than me as I had to quit school due to difficulties of life and I don’t want my son to experience what I went through.

Indeed words are insufficient to express how much I am thankful to SOS Children’s Village Lesotho.”  Palesa remarked.